skip to main | skip to sidebar

Welcome to My Sky Watch Photos

I hope you get some pleasure from seeing the beautiful Sanibel sky. Every sunrise and sunset is different. On rainy days we usually see clouds with the sun shinning behind them and many times a rainbow.

These images were taken from the beach on Sanibel Island, Florida, during an afternoon thunderstorm. Even though the clouds looked quite threatening, we got less than a quarter inch of rain. 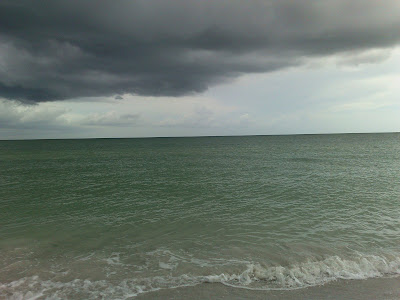 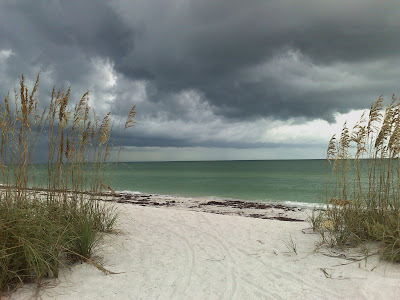 About 20 minutes later, this was the view from the Sanibel Island Causeway. 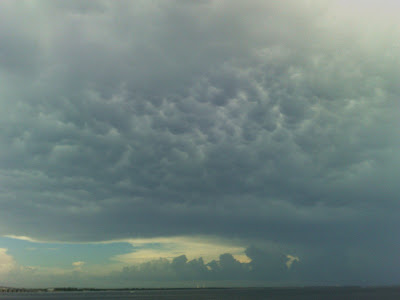 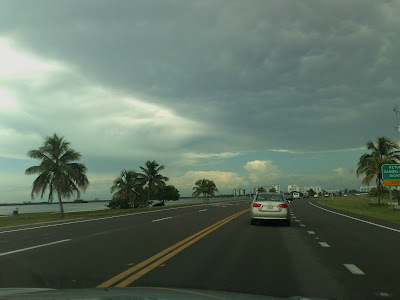 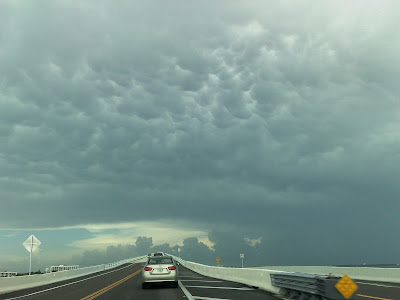 These were a couple of my favorite Sanibel skies. They were each taken last month and a week apart. I was surprised to see how similar they looked. Now you know where the hole in Heaven's floor is. 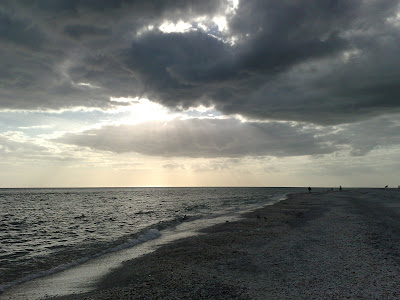 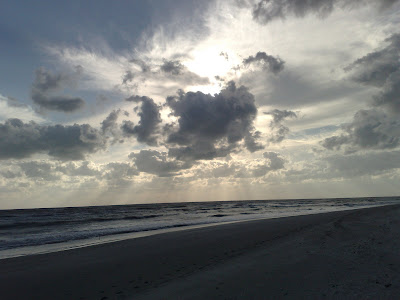 It was a rainy day here, but this evening the sky was spectacular as the sun was setting. 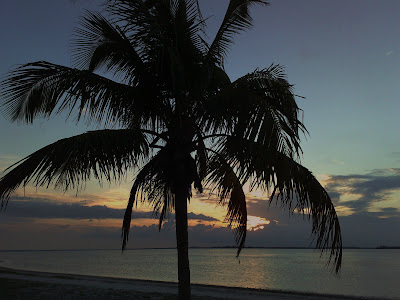 When I turned to leave, the sky was also glowing behind me. 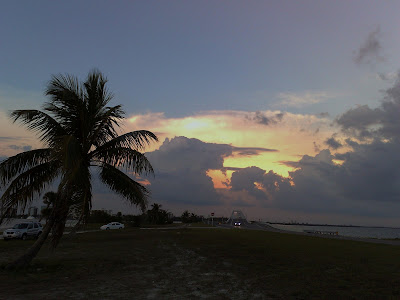 Posted by Tootie at 9:52 PM 5 comments: Links to this post

This was the beautiful sunset that we had this evening, after a nice rain. 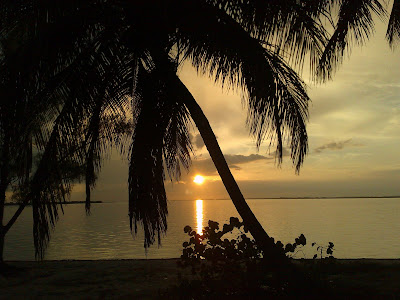 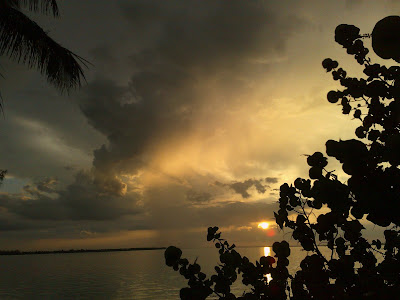 Posted by Tootie at 8:41 PM 4 comments: Links to this post

This is Sanibel Island's historical lighthouse, known as the Point Ybel Light, located on the Eastern tip of the island. Nearly every time I am on the beach near the light house, there is a beautiful sky as a back drop.

Island residents and also many who lived on the mainland, had tried for over 50 years, before Congress finally approved $50,000 for its construction. It was the first lighthouse on Florida's Gulf coast north of Key West. It was a carbon copy of the Cape San Blas Lighthouse in the Panhandle, which was made to withstand strong hurricane winds.

A metal factory in New Jersey, made the ironwork which was sent by a sailing ship to the island. However about two miles before reaching Sanibel, the ship hit a sandbar and sank. A crew of hard-hat divers from Key West recovered all but two of the pieces for the tower.

Work on the foundation began in March of 1884 and it was completed in late summer. It stands around 98 feet tall and has an internal winding stairway of over 120 steps lead to the lantern house. There were also two houses built for the keepers, which still stand today. Those two houses received indoor plumbing, bathrooms and enclosed porches in 1923. At that time, the head light was also switched from kerosene to acetylene gas. It was automated in 1949 and is still operational. The lighthouse was placed on the National Register of Historic Places in 1974. The lighthouse and both houses where city employees now live, are closed to the public. 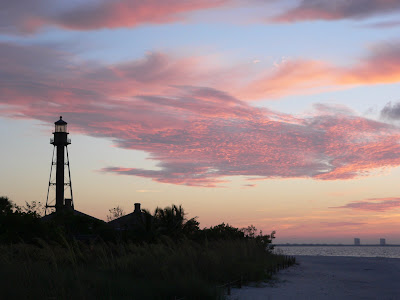 After spending hours going 3 years back in time and sorting through all of my photos, I came up with these favorites to put into a cloudy, slide show. I hope you enjoy looking at them as much as I did.

Posted by Tootie at 8:05 PM 5 comments: Links to this post

Recently we had some days that were not our usual bright, sunny ones. But, I could still find beauty in the clouds. 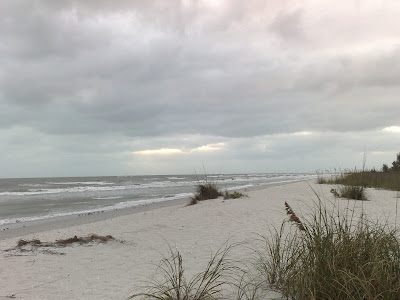 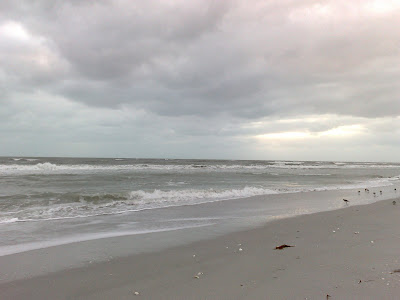 Just click on the Sky Watch icon above to visit sky watchers from all over the world. You won't be sorry you did! Please take time to leave a comment to let them know you dropped by.

Sky Watch is brought to you each Thursday evening at 7:30 PM, GMT by The Sky Watch Team Sandy, Klaus, Ivar, Wren, Louise & Fishing Guy. Be sure to thank them for their kind efforts.

Check out my other blogs....